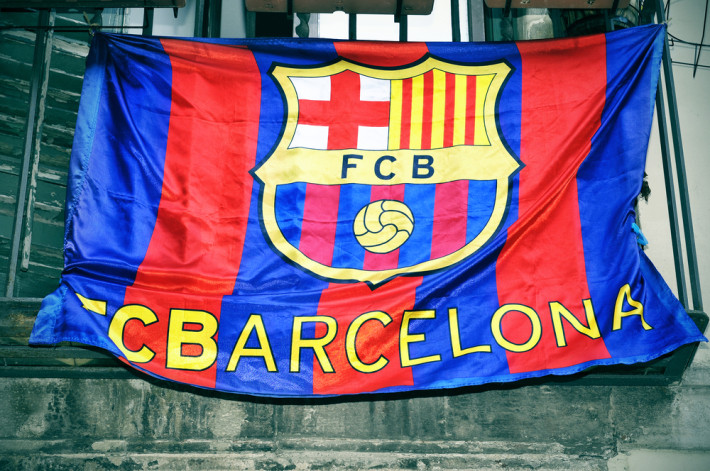 Soccer is one of those sports that endure in the publics fascination. From the United Kingdom to Brazil, avid soccer fans storm the stadiums for the chance to cheer on their favorite team, the passion and excitement is palpable. It is this passion for the sport that brings many soccer enthusiasts to the city of Barcelona .

Futbol Club Barcelona (FCB) is the most successful soccer club in Spain and is often touted as the best team of all time with some of the best soccer players in the world. Like the clubs motto, More than a club, FCB supporters are more than just fans. Barcelonas soccer team is one of the most supported teams in the whole world, across all types of professional sports. It has the largest fan base across social networks for any sports team with over 47 million fans on Facebook! Soccer mania is ever present in the buzzing energy of the city and this enthusiasm is most evident at the clubs home base, Camp Nou. Take a look at this fun video to get the idea!

As the largest stadium in all of Europe, Camp Nou first opened on the day of La Merc, Barcelonas patron saint, September 24, 1957. Able to accommodate up to 98,772 people, Camp Nou hosts a myriad of events including local Super Cups, World Cup matches, the UEFA Champions League finals and the soccer games of the 1992 Summer Olympics. But the Camp Nou also has played host to a mass by Pope John Paul II and concerts by the likes of Bruce Springsteen, U2 and Sting!

Before you catch a game, stop by the Camp Nou Museum. From the interactive wall spaces, extensive display of historic FC Barcelona objects, and large-scale audiovisual displays, this modern museum allows visitors to walk through some of the most famous parts of the stadium. Ready for the big game? You can purchase tickets directly at the Camp Nou stadium or online . If youd rather experience the action elsewhere, catch a game at one of the nearby cafes while you tuck into plates of local tapas or a refreshing glass of sangria. Often for a big game, restaurants will move televisions outside so that you can enjoy both your dinner and the game alfresco, making for a truly communal and unique experience.

Spending all day at Camp Nou cheering on FCB like the locals can be quite exhausting, so it is vital to have a great place to lay your head. At Time & Place, we understand that soccer is your passion and we have just the place for you. Located just a 10-minute walk from FC Barcelonas Camp Nou, our luxury apartment offers travelers a unique alternative to a hotel. Our bright loft-like apartment features an open floor plan, high ceilings, warm wood floors and contemporary furnishings.

In addition to being close to Camp Nou, our apartment is located near several delectable restaurants and shops. But do not forget to venture into the Barcelona City Centre and experience what this entire ancient city has to offer.